Contact Us
Wonga has insisted it can survive a clampdown on payday lenders despite slumping into the red following a £100 million slide in revenues.
The controversial business posted a loss of £37.3 million due to a significant reduction in UK consumer lending while it attempts to clean up its tarnished image. Revenues declined to £217.2 million in the period.
Wonga said that the number of active customers it has fell back to 575,000. The company, which grew to become Britain’s biggest payday lender, previously had more than one million active customers.
The company reported that lending volumes fell by 36% to £732 million last year, from £1.1 billion in 2013. It made 2.5 million loans in the UK last year against 3.7 million in 2013. However, its default rate improved from 6.9% to 6.6%. 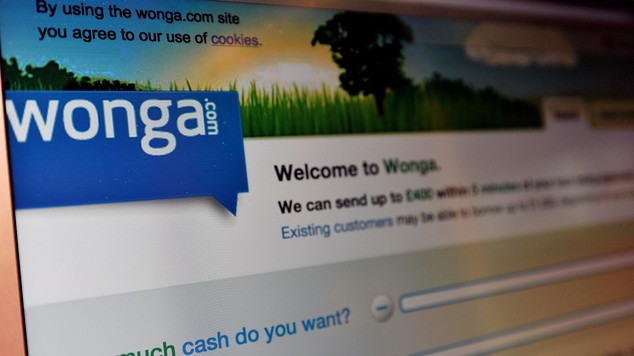 The lender’s reputation has been battered by a series of scandals, which emerged as a stricter regime was imposed on the industry by the regulator, to prevent people being trapped in spiralling debts.
In January, payday loan customers saw the fees and interest they pay capped across the industry, meaning borrowers who cannot pay their debt on time will never pay back more in charges than the sum they initially wanted to borrow.
Wonga, which earlier this year announced plans to cut 325 jobs, has reviewed its business to ensure it is lending only to customers who can reasonably afford to repay their loans.
It now accepts around 50% of loan applications from new and existing customers, compared with a previous acceptance rate of 80%. The company said this reflects the tougher affordability checks it now carries out and its changed appetite for risk.
Asked if it is still possible to run a profitable payday loan business under the new industry regime, Wonga’s e xecutive chairman Andy Haste said: “Yes. Our issues are legacy issues… Could you start a payday business today within the cap and be profitable? Yes.”
Wonga said that as part of its plans to build a “sustainable and successful business”, it plans to launch new products to reach out to a broader number of customers, details of which will be revealed in due course.
The lender’s research suggests that around 13 million people across the UK are “cash and credit constrained” and being under-served by mainstream financial services.
Mr Haste, who joined Wonga last July, said that, in the past, bosses had discussed the possibility of the company changing its name as part of moves to repair its reputation.
But he said: “It’s hugely important that we can demonstrate that Wonga can change from within. What the results show is that we have made real change.”
On the question of when Wonga expects to turn itself around financially, Mr Haste said that while 2015 will be another tough year, 2016 is expected to be when “we will start to come back”.
Wonga, which previously suspended all UK advertising, is planning a re-launch later this year. But the company said it will not bring back anything remotely resembling the cuddly puppet characters previously seen on TV screens. Wonga said it will ensure its advertising addresses the “right type of customers”, reducing the risk of attracting people who are very young or vulnerable.
Last June, Wonga was ordered to pay compensation of £2.6 million by the Financial Conduct Authority (FCA) after sending fake legal letters to 45,000 customers, in a case described by consumer campaigners described as a “shocking new low” for the payday industry.
To date, Wonga said that more than 90% of the customers who are eligible for this have been contacted and about 40% have been compensated so far.
And in October, Wonga wrote off a total of £220 million worth of debt belonging to 330,000 customers as a result of carrying out inadequate affordability checks.
After coming under the FCA’s supervision in April 2014, payday lenders were banned from rolling over a loan more than twice and they can now only make two unsuccessful attempts to claw money back out of a borrower’s account.
Payday firms have only “interim permission” to operate under the FCA’s toughened regime and lenders, including Wonga, will need to pass assessments in order to get full permission to carry on.
Mr Haste said Wonga has put in a “good application” and pointed to the progress the firm has made, such as strengthening its lending criteria and complying with the new price cap.
He said: “We know it will take time to repair our reputation and gain an accepted place in the financial services industry, but we’re determined to deliver on our plans and serve customers in the right way.”
*source daily mail online