Britons are running up debt at the fastest rate in seven years (since credit crunch) after £1.25billion was borrowed on credit cards, loans and overdrafts in November.

The Bank of England figures showed that November saw the biggest rise in unsecured borrowing since February 2008, when Northern Rock was nationalised and the credit crunch took hold.

It comes as consumer helplines warn that people would be struggling to make ends meet when the first credit card bills of the year start to arrive this month.

Statistics released yesterday show that more than £980m was taken out in loans and overdrafts during November, a sharp rise from the average of £728m in the six months before.

The report also shows that, despite credit card lending falling from £399m in October to £269m, it remained above the average for the previous six months.

Experts said the surge in retail sales around Black Friday – when an estimated £810m was spent online – was probably linked to the increase in borrowing.

Research carried out by R3, which represents those working in the insolvency sector, found that more than a quarter of adults were expecting to take on debt to pay for their celebrations.

At the same time, banks and credit card companies were competing with offers in a bid to win new customers and balance transfer deals on credit cards became increasingly generous.

Martin Beck at the EY Item Club told the Independent that growth rate was ‘reminiscent of the credit-fuelled days of the mid-2000s’. 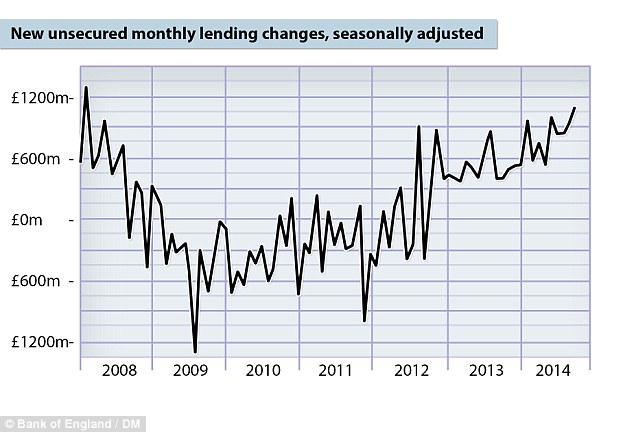 Robert Croll,  Manager of Humber Debt Solutions stated after reading the report said, “borrowing money is fine as long has you have a plan to pay it back and that it is affordable.”

“Creditors do have a responsibility to lend only to those that meet affordability checks but ultimatley it is the responsibility of the individual to accept the fact that the debt must be paid back.”

“Whilst most people may be able to cope with the extra borrowing, many will be overstretched and face a difficult January due to christmas borrowing and the usual difficulties in Januaury, such as the long break between early paydays in December and the next pay cheque in January.

He goes on to say, “it is important that if you are struggling, you recognise the problem and get advice from a debt advice company or other advice organisation straight away, the quicker you seek help the easier it will be to resolve the situation and put a solution in place.””