Almost half of UK households consider themselves to be ‘just about managing’ financially – citing owning a car as their biggest money drainer, according to research. 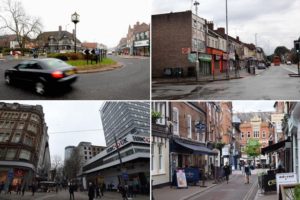 A survey of 2,000 adults revealed that 14% of families have recently had to give up necessities like food and daily travel costs to pay for unexpected and last minute expenses – leaving them out of pocket – and part of generation JAM.

This is the social economic group the Government pledged to help in the 2016 Autumn Statement as chancellor Philip Hammond vowed to freeze fuel duty and increase the income tax personal allowance. But, new figures by Provident Financial show millions households are still suffering financially – and are at risk of falling into debt.
In the report, 11% of households said they have had to give up holidays and seasonal events like Christmas to pay for unexpected expenses – which 10% of households are still paying 10 months later.
Whilst there is no clear definition, JAM families tend to have at least one person working in the household and ‘just about manage’ financially each month on an income between £12,000 to £34,000.
The nationwide research revealed which areas of the UK consider themselves to be ‘just about managing’ – with Coventry top the list, closely followed by Chelmsford.
London comes in 11th place, with about half of the respondents admitting to be part of generation JAM.
One of the biggest expenses troubling Brits are cars – costing £226 on average a year in unexpected costs.
A huge 52% of adults said they’d had at least one car related expense dropped on them in the past year – forcing them to dip into loans and overdrafts to manage the situation.
General bills were the highest and most common unexpected expense for households, totaling on average £239 a year – with eye-watering energy bills throwing many families off.
After a home, a car is the second-largest purchase most consumers make. But, the costs don’t stop when you drive off the dealer’s lot. The biggest of these is car insurance – and we’ve rounded up four ways to save on this below.
1. Change the details on your car insurance form to save cash
Car insurance companies use hundreds of factors to assess how much your car insurance will cost. Everything from your age and gender to your job to where you live and who else can drive your car.
That means you can save money on your car insurance without changing cover levels or even providers.
Things to look out for are job titles, where the car is parked, who is named as the main driver and secondary driver, as well as ensuring the basics are correct and that you’re not overpaying as a result of an incorrectly filled in form.
Deciding how you pay can also save you cash – many insurers charge interest if you pay monthly, so if you can afford it, pay up front.
2. Change your car insurance cover level to pay less, but get something different
You would think that more cover would mean more expensive car insurance, but that isn’t always the case.
Frequently quotes for third-party, fire and theft are higher than those for fully comprehensive cover, because car insurance providers see people taking this out as a riskier prospect.
However, it’s always worth checking what your car insurance quote includes and what you are paying for.
Do you really need a courtesy car, breakdown cover, European vehicle recovery, theft of items left in the vehicle? Also check you’re not double paying.
3. Compare car insurance quotes to ensure you’re not overpaying
Comparison sites like MoneySupermarket, Confused.com, Comparethemarket, GoCompare and more will filter through hundreds of websites to help you find the best possible policy for your needs.
But, what they frequently don’t tell you is that they do not always compare the whole market to see who’s cheapest and they also simplify deals to make it easier to fill in forms on their sites. That means car insurance comparison engines might not offer the cheapest deals for you.
By contrast, insurance brokers charge for their services, but offer a far more tailored approach that could result in a cheaper deal. If you’re doing your own research, watch out for big firms that aren’t linked to comparison websites, like Aviva, as often this are where the deals are hidden.
4. Young driver? Opt for a black box
There are also car insurance policies that charge you more or less depending on where, when and how much you drive. One of these could save you money over traditional policies, although they generally mean you need to install a telematics box to track your driving activities.
You can test out to see whether this would save you cash with a free smartphone app.
You’ll also find some of these ‘block box’ policymakers will offer freebies and rewards for ‘good driving’. This can range from a free Starbucks coffee, to Topshop gift cards and even days out. Telematics boxes aren’t linked to the police, but if it does catch you speeding or going through a red light, it will penalise you accordingly – like killing your perks or charging you extra for that month. Likewise though, good driving equals cheaper premiums and more rewards.
*Source mirror.co.uk