After Tesco surprised the City by announcing a £3.9 billion merger with Booker comes the news that the supermarket giant could be forced to dispose of more than 600 stores.
Analysis by the data team at The Times has found ‘there are 635 Tesco stores situated less than 500 metres from a shop in Booker’s network of Premier, Londis and Budgens stores, raising fears about the impact on consumers, suppliers and rivals’. 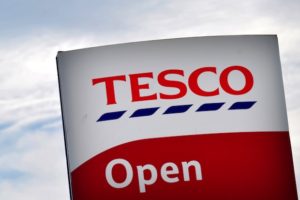 In other Tesco news, Tesco Bank current account customers are to receive a guaranteed 3 per cent credit interest on balances up to £3,000 from 1 April 2017 until 1 April 2019. And current account customers will receive more Clubcard points for every £1 spent in Tesco.
Housing
Writing for the BBC website, the broadcaster’s economics editor, Kamal Ahmed, says that ‘one of the UK’s largest housebuilders has called for a “critical reassessment” of green belt land to help solve Britain’s housing shortage. Legal & General chief executive Nigel Wilson said that if 1 per cent of green belt was released for building, it would be enough for up to one million new homes.’ The comments come ahead of a major government announcement on housing.
Motor insurance

With the new number plate launch and one of the peak periods for car insurance renewal just around the corner, MoneySuperMarket analysis reveals that premiums are again on the rise, up 7 per cent year-on-year.

Waterstones
The Telegraph reports that bookseller Waterstones has returned to profit for the first time in seven years. This is due to a return to traditional bookselling and a boom in children’s books. ‘Accounts filed for the company for the 12 months to April 2016 showed that its pre-tax profit was £11.9 million for the year, compared to a £3.4 million loss a year previously.’
Debt

One in three people are needlessly amassing interest rate charges by holding onto personal debt despite the fact they could pay it off with their savings, according to ThisisMoney.

‘Choosing not to pay off credit cards or personal loans is costly because interest rates typically levied on such debts are huge compared with the returns you get from stashing money in savings accounts.’ The research was done by Dutch bank ING, which polled around 14,600 people last October.

Meanwhile, 14.5 million British adults say they had no spare money to put aside as rainy day savings in any of the previous 12 months, according to new research from StepChange Debt Charity. The research also highlights how the difficulties people face in saving are acutely felt by those on low incomes and how short a period of time many people could survive financially in the event of a reduction in income.

Finally…
Ahead of the Bank of England’s decision on interest rates at lunchtime today, Laith Khalaf of Hargreaves Lansdown says: ‘No-one is expecting any movement on interest rates. Markets are pricing in a 98 per cent chance of rates being kept on hold at 0.25 per cent.’ In addition, the Bank of England will give its update on the strength of the UK economy at noon.
*Source spectator.co.uk