Tackle your debts while interest rates are at lowest

Many can manage their debts while interest rates are low, but could quickly run into serious trouble when borrowing costs eventually start to rise. If debt is a swear word in your household, you must deal with it today. 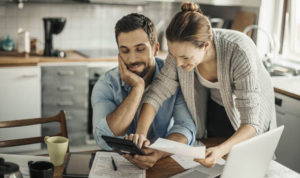 A remarkable one in four people who plan to retire this year expects to do so in debt, owing an average of £24,300. This is up from one in five last year, according to insurer Prudential’s Class Of 2017 report.
Not only do more people owe money, the amount they owe has increased by nearly 30 per cent in the last year alone, adding an extra £5,500 to the average debt.
Those with debts who are planning to retire in 2017 reckon it will take nearly three-and-a-half years to clear them, at an average cost of £230 a month.
Worryingly, 16 per cent say it will take seven years or more while seven per cent fear they will never pay off the money. Mortgages are a growing source of debt, afflicting four out of 10 retirees.
Vince Smith-Hughes, retirement income expert at Prudential, says debt at retirement is a particular problem because people’s income typically drops once they stop working: “Having to use precious pension income to pay off debts could make life even more tricky for the newly retired.”
The older generation is not the only one afflicted by debt: those aged between 18 and 34 suffer from money worries, according to new research by Close Brothers.
Head of financial education Jeanette Makings says young people are struggling with student debt, low incomes and rising prices: “They earn entry-level salaries and are often saddled with debt, so it can be overwhelming to consider saving towards a pension or a property.”
The squeeze on young and old will worsen with consumer price inflation now running at 1.8 per cent, while wage growth has dipped to 2.6 per cent. If inflation rises to 3 per cent, as predicted, more will be feeling poorer in real terms. Official figures may understate the problem.
Last year, according to comparethemarket.com, household energy costs jumped by almost £100 to a whopping £1,383, a rise of 7.4 per cent, while motor and home insurance bills also rose sharply.
Fuel prices are accelerating and local authorities are hiking council tax by up to 5 per cent, lifting average bills by nearly £80 to more than £1,600 a year.
No wonder Britons now collectively owe a mind-boggling £1.5 trillion, or £55,982 per household, up an extra £1,017 in a year, according to The Money Charity. Citizens Advice Bureau receives 600,000 new debt enquiries every three months.
The big worry is that after years of lavishing the public with cheap money, the Bank of England will belatedly hike interest rates to curb inflation.
When that happens, the debt mountain will look even more daunting.
Many Britons are already taking evasive action, with Sainsbury’s Bank reporting a surge in customers taking out personal loans to consolidate debts at low interest rates.
David Hollingworth, broker at L&C Mortgages, says older homeowners with interest-only mortgages need to review their debt: “If you have a capital repayment mortgage, check it is set up to clear the mortgage on your retirement date, or preferably earlier.” It is worth making mortgage overpayments if you have money to spare, but watch out for penalties.
Hollingworth says you should also consider taking advantage of today’s record low mortgage rates to switch to a cheaper deal, even if you have retired: “Lenders are tighter in their approach to older borrowers but can offer mortgages where you can prove the loan will be affordable.
“Some limit the maximum age to 70 or 75 at the end of the mortgage, but others are more flexible, notably Hodge Lifetime.”
Charities such as Citizens Advice, National Debtline, StepChange and the Debt Advice Foundation all provide free and impartial advice.
David Rodger, chief executive of the last named, says those between 55 and 64 have the highest average unsecured debts and should seize back control as they approach retirement.
“Take out your bank statements from the last three months and make a list of all your income and outgoings, to see what is left over to pay down your debts,” he says.
“Target the most expensive first. Switch any credit card debt to a zero interest balance transfer card, then look to clear the balance before the introductory rate expires.”
Rodger says you should claim any state benefits you are entitled to. Around six out of 10 older homeowners fail to do so, according to research from specialist advisers Just.
The average loss is £610 a year, mostly from unclaimed pension credit and council tax support. Growing numbers will have little alternative but to carry on working.
There are now more than a million over-65s in the workforce, with the employment rate doubling since the Millennium.
Lifting the debt curse will not be easy, but the one thing you cannot afford to do is ignore it.
*Source express.co.uk