Struggling with unaffordable payday loans? You may be due a refund

Payday lenders may now face stricter rules following a crackdown on the controversial sector, but complaints are on the rise. Free independent complaints arbitrator, the Financial Ombudsman Service (FOS), saw a 245% increase in payday loan complaints in the first half of this year compared to the latter half of 2015.
Complaint numbers jumped from 1,213 new payday loan cases between July and December 2015, to 4,186 between January and June 2016. 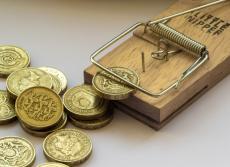 Debt charity StepChange says the proportion of its clients with payday loans has also risen, standing at 16.1% in the first six months of 2016 – up from 15.7% across the whole of 2015.
The amount clients owe is also up, from £1,308 across the whole of 2015, to £1,380 in the first six months of 2016 alone.
The Ombudsman says the complaints that it has recently dealt with largely centre on affordability issues, and it isn’t alone in its findings.
Sara Williams, a volunteer adviser at charity Citizens Advice and author of blog, Debt Camel (Debtcamel.co.uk), has noticed a spike in the number of her readers complaining – and winning complaints – against payday lenders on the grounds of affordability.
She says she has seen about 200 success stories to date, which range from awards of £50, to several cases where more than £7,000 was repaid (usually with 8% statutory Ombudsman interest).
The Ombudsman and Ms Williams say the majority of complaints they see are about issues that occurred before new Financial Conduct Authority (FCA) lending rules came into force.
But Citizens Advice says some payday lenders are still failing to carry out basic checks. Over a quarter of payday loan borrowers (27%) who responded to a survey it published in August said they were not, or could not remember, being asked questions about their financial situation or ability to repay when taking out a loan, while more than one in four (27%) local Citizens Advice advisers said inadequate credit checks were the biggest cause of problems to the people they help with payday loans.
Gillian Guy, chief executive of Citizens Advice, says: “New measures and guidelines from the FCA have helped to clean up the market and the number of people turning to us for help has dropped significantly. But it is clear some payday loan firms are flouting the FCA’s guidance and selling people loans costing hundreds of pounds that they then struggle to pay back.”
However, Russell Hamblin- Boone, chief executive of the Consumer Finance Association (CFA), which represents the largest share of short-term lenders in the UK, argues: “We must be careful not to assume that because someone cannot remember being credit checked it did not happen.
“Our evidence is that the vast majority of the Ombudsman’s latest payday loan complaints are historic. The true picture is represented by a recent customer satisfaction survey by Smart Money People, which showed that 95% of short-term credit customers felt they were treated fairly against an average of 88% of all credit customers.”

When it comes to responsible lending, the FCA’s rules say that firms must carry out assessments checking the ability of customers to repay loans, and whether the lending will adversely impact the customer’s financial situation. This must be based on information from the customer and from a credit reference agency, where necessary.
These rules introducing mandatory affordability checks came into force when the FCA took over regulation of the consumer credit market in April 2014, from the now defunct Office of Fair Trading.
Mr Hamblin-Boone says: “All CFA members carry out rigorous affordability checks before issuing a loan to a customer.”
From 2 January 2015, payday lenders have also had to ensure that borrowers never pay back more in fees and interest than the amount borrowed.

However, if you don’t feel lenders carried out proper affordability checks before granting you a loan, you could have a complaint.
To give you an idea of when you might have a complaint, here are three upheld complaints published on the FOS website:

Ms Williams adds: “If you could only repay a payday loan by borrowing more money, then you may be able to get a refund, even if you paid all of your loans on time. If you borrowed repeatedly for month after month, that could also be a very good case.”

First complain directly to the company involved – you do not need to use a fee-charging claims management company to do this. The free online complaints tool, www.resolver.co.uk, may be able to help you, if the company is listed on the website. There are also free template letters available to fill out at www.citizensadvice.co.uk and www.debtcamel.co.uk.
Ask for a refund of all interest and charges you paid on the unaffordable loan (plus interest on top), and also ask for the loan to be deleted from your credit record if it’s still on there, as this could hamper your chance of getting credit in future.
If you don’t get a response within eight weeks or you’re unhappy with the response you do get, you may be able to take your case to the FOS, which offers a free service.
Ms Williams warns: “Some lenders are quick and efficient about assessing complaints and offer a reasonable number of good refunds. Others rarely make an offer at all. A few either reject or make a low offer when someone could get five to 10 times as much from the Ombudsman.”
You can complain regardless of whether you’ve repaid or are yet to repay your loan. Although be aware that if you’ve yet to repay loans, any refund awarded will likely be used to reduce your outstanding balance.
Complaints can be made within six years of getting a loan, or within three years of learning about the issue, if it occurred over three years ago.
The uphold rate – where the Ombudsman rules in consumers’ favour – for payday loans, was higher than the average across all financial products in the first six months of the year, at 53% compared to 48%.
A spokesperson for the Ombudsman says: “When considering these complaints, we would be looking at whether the lender carried out appropriate affordability checks. If the checks weren’t done, that doesn’t mean we automatically uphold a complaint. We’d then be looking to make an assessment of whether or not the loan would have been judged affordable, had those checks been done. That is a nuanced assessment that will involve looking at the individual circumstances of each case.”

One Moneywise reader, who wishes to remain anonymous, proves that you can stand up to lenders and win. He first began taking out payday loans in 2011 to fill a shortfall between the end of the month and payday. But this soon got out of control, and he began taking out payday loans just to repay other loans.
However, after reading information online, including an article on www. moneywise.co.uk, he decided to complain that he was he lent to irresponsibly.
He did this earlier this year using Resolver.co.uk, which sends complaints directly to the correct person in the relevant business – although he did personalise the site’s template letter to suit his own situation.
In total, he reclaimed just over £10,300, broken down as follows:

For others in a similar situation, he says: “If you feel that the lending of the loans conspired to keep you in a cycle of debt and that it amounted to irresponsible lending, you should raise a complaint with the company.
“I had other payday lenders that lent to me that I didn’t complaint to, as they either would only lend me smaller amounts, or they stopped lending to me a lot sooner. These three companies continued to lend regularly and to the maximum, and I was able to take out the maximum within minutes of repaying a loan. “Don’t be afraid to refer your complaint to the Ombudsman. It is there to help.”

If you’re considering a payday loan, check out these other options: