Charges on unarranged overdrafts are spiralling, says StepChange Debt Charity, adding millions to problem debt – and there are calls for them to be capped as a result. 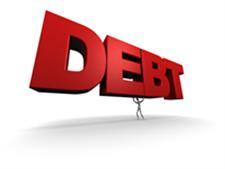 Figures from the charity suggest that 67% of those who have sought help with overdraft debts have regularly exceeded their limit, doing so an average of five times in the last 12 months. They’ve faced average charges of £45 every single time, adding £225 a year to their debt. Given that between 6,000 and 10,000 of those contacting the charity each month will have incurred unarranged overdraft fees – amounting to over £1.3m between them in the last year – it’s clearly a widespread problem.
This is compounded by the fact that those with overdrafts have gone into the red in 11 of the last 12 months, highlighting the vicious cycle that can be created. The charity believes that too many people in financial difficulty are being trapped in an overdraft cycle, and it’s calling on the Financial Conduct Authority (FCA), the UK’s financial regulator, to take “strong action” to cap charges and “reduce the role of overdrafts in persistent problem debt”.

The charity’s study found that more than half of its clients in the first half of 2016 had overdrafts, averaging £1,679 per person – and that’s before other debts are added into the mix. It’s clearly a growing problem, and consistently using overdrafts to meet expenses can only add to financial difficulties as it’ll become increasingly difficult to pay it off.
It’ll be even more difficult for those who regularly exceed their overdraft limit, and can lead to difficult decisions being made – should they pay their bills or stay within their overdraft limit? Either way, they could face more charges, which means those already struggling could spiral even further into debt.

Solution on the horizon?

The charity wants the FCA to bring in a maximum monthly charge on unarranged overdrafts, similar to the caps used on payday loans. Some banks already have their own caps in place, but given that these can be up to £90 per month, it isn’t exactly going to be helping those in need.
More needs to be done to help those who struggle, says the charity, and it wants lenders to support those who are trapped in an overdraft cycle by giving them “better and more affordable ways of paying back their debts”.
“Overdrafts are the second most common type of debt we see and many of our clients, who are already in real financial difficulty, have been hit with penalty charges averaging £225 per year,” said Mike O’Connor, chief executive of StepChange Debt Charity.
“Financially vulnerable people need help rather than being pushed further into trouble each month. It is time for the FCA to intervene, as they did with payday loans, to set a cap on the amount banks can charge for unarranged overdrafts. The FCA also needs to urgently look at how to reduce the role of overdrafts in problem debt so people can finally break free from this vicious cycle that far too many of them become trapped in.”
It’s calling for said action to be swift, but it won’t happen overnight, which is why it’s so important for those already struggling to try and rectify the situation as soon as possible. Sticking your head in the sand will only make matters worse, so if you’re stuck in a cycle of overdraft debt, speak to your bank to see if there’s anything that can be done – they may be able to halt further charges and set up an affordable repayment plan, for example, to help you repay your overdraft in manageable amounts.
If you can’t get anywhere with your bank, don’t go it alone – speak to a debt charity or debt adviser, who’ll be able to offer the necessary support and hopefully help you escape the cycle.
*Source moneyfacts.co.uk