Even the rich and famous still have student loan debt

Soon, disclosing how much student debt you have may be as commonplace as talking about where you went to college.

“Whiplash” star Miles Teller made headlines recently when he told New York Magazine’s entertainment site, Vulture, that he still hasn’t paid off his student loans, despite starring in blockbuster films like “Fantastic Four.”
And when Texas Senator Ted Cruz introduced himself to voters as a presidential candidate, he included a nod to the $100,000 in student loans that he said he recently paid off. He follows in the footsteps of President Barack Obama, who told an audience of college students during his 2012 relection campaign that he and Michelle Obama had only finished paying off their student loans eight years before. 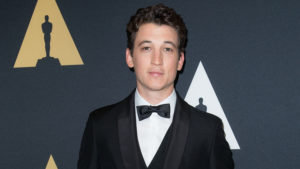 With about 40 million Americans saddled with student loans topping $1 trillion, demonstrating an understanding of — and particularly an experience with — the issue has become a way for celebrities and politicians to connect with normals.
“It’s the new bootstrap declaration,” said Jeffrey Williams, a professor of English and literary cultural studies at Carnegie Mellon University, who also writes about student debt.
Williams notes that in the past, politicians and other celebrities who wanted to appear grounded would talk about working their way through school. But in an era of skyrocketing college tuition, those days seem like a bygone era. (Unless you’re lucky enough to be related to Apple Chief Executive Tim Cook, who’s planning to give away most of his fortune after he pays for his nephew’s college education.) This new generation of public figures is more likely to be personally touched by student debt than their predecessors so it’s likely to come up more often, Williams said.
“There was a shame attached to debt” that made people more hesitant to talk about it, Williams said. “Now the shame has gone away because people have realized almost everybody has debt.”
Declarations like Teller’s, politicians incorporating their loans into stump speeches and news stories about celebrities helping to pay off fans’ loans have helped to push the issue of student debt into the mainstream, but the strain of student debt isn’t realistically portrayed in television and movies.
“I don’t see it as much as I wish I did,” said Stefanie O’Connell, an actor and founder of The Broke and Beautiful Life, a personal-finance site geared towards young people. “There’s this narrative of being broke and not affording rent that we’ve been perpetuating in pop culture and entertainment.” But that TV and movie cliché rarely touches on student loans, which in reality are often a major reason why young people struggle to pay their rent or afford nice things.
She cited a recent plot line in HBO’s “Girls,” where Lena Dunham’s character (spoiler alert), Hannah, goes to the University of Iowa for graduate school and then drops out.
“She’s talked about the money thing so often” on the show, O’Connell said. “And then she goes to a master’s program, which is horribly expensive, and then she just walks away and there’s no talk about the implications.”
Even when famous people do bring up the issue of student debt, it’s grounded in their own experience, which can sometimes be misleading for average Americans struggling with loans. Teller cited advice from his business manager (“the interest is so low, there’s no sense in paying them off”) as the reason he hasn’t yet paid back his loans completely.
“As great as it is to have a celebrity to relate to, giving people an excuse not to pay off their student loans as aggressively as possible is probably not a good thing,” O’Connell said.
Still, as an aspiring actor, O’Connell said Teller’s statement does make her optimistic for the 98.6% of theatre artists who have taken out student loans, according to a survey from the Theatre Communications Group.
“If he did it with his $100,000 in student loans, there’s hope for the rest of us,” she said.
*Source marketwatch.com